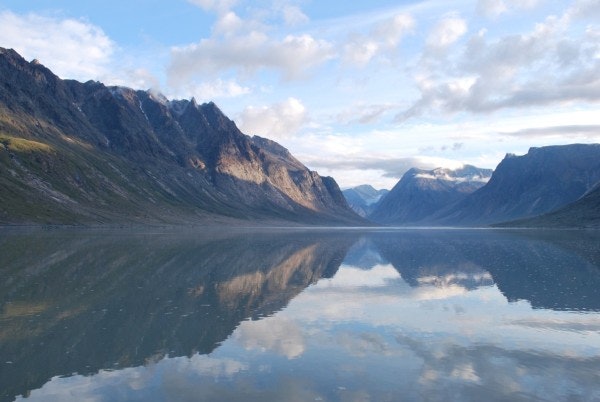 “It is obvious to everybody that the phenomena of the world are evidently irreversible. I mean things happen that do not happen the other way. You drop a cup and it breaks, and you can sit there a long time waiting for the pieces to come together and jump back into your hand. If you watch the waves of the sea breaking, you can stand there and wait for the great moment when the foam collects together, rises up out of the sea, and falls back farther out from the shore — it would be very pretty!” - Richard Feynman

We all have an immediate, almost visceral understanding of the distinction between the past and the future, even from the most mundane experiences. We learn from the past, and we plan for the future. We celebrate, we commemorate, we mourn, and we hope. Yet, as Feynman notes, no one would sit and wait after a long enough time for the cup to come back together.

But although we so clearly understand the distinction between past and future so many of us spend surprisingly little time thinking about the present - the way we cultivate it and the way we become inspired by it. The more I think about it the more surprising this is, since in a sense there is no period quite so long as right now.

More than anything else this is because now is such a slippery concept in the first place. On the one hand, there is a standard notion of nowness we’re all naturally in tune with as we check our calendars, our watches, and our phones. On the other, there’s the time we truly experience. In ancient Greek, the distinction between kronos (chronological, measured time) and kairos (qualitative, lived time) helped us better understand what we mean by the present moment. Similarly, in Sanskrit, ritu played a key cultural (and often spiritual) role marking meaningful moments of change.

Disclaimer: I’m mostly using the term “metaverse” as a placeholder here, but there’s a lot of great work happening around new terminology.

It’s almost 2022, the year in which Mark Zuckerberg inevitably becomes king of the metaverse, web3, or whatever else we might like to call it.

But the launch of Meta isn’t the only thing that’s happened this year. In fact, perhaps too many things have happened.

For better or for worse, we live in a world run by institutions, and where power is sticky, and systemic change is hard. But technology over the last 20 years has produced perhaps the biggest shift in power seen in generations, with large social platforms and tools influencing everything from how we share space with one another at an individual level to how we collectively govern ourselves at the level of nation-states.

While there’s no doubt that technology can be a powerful force for good, it’s increasingly clear that it can be pernicious as we approach an era of human-level intelligence and winner-take-all systems. Perhaps most notably, the way value has accrued in these modern systems has only furthered the divide between labor and capital in ways that’s become increasingly hard for us to reconcile (gamestop arguably being a consequence of this phenomenon). The result is that internet generations often thinks of themselves as inescapably trapped by institutions and the tools (systems) they wield, with the only escape being to dismantle them. As Ivan Illich has argued, these systems create needs (and hence scarcity), disembody us, and ultimately disconnect us from each other, (in process, making it harder to act). Nowhere is this more true than in the case of the metaverse, a hypothetical world completely disconnected from our physical reality, likely to eventually be filled by more bots than real people.

But personally, I think there’s enough doomerism on twitter dot com. I’m not here today to convince you to abandon technology and live in the sweet embrace of a lush, animated forest. Fundamentally, I believe, technology *can* empower us, whether by building up systems that matter or dismantling ones that don’t. It’s hard to miss this when we’re only looking at the save five monolithic websites on the internet, but as these cycles have continued to play out over the last 20 years there are so many small open source projects, thoughtful blogs, and powerful tools that have been built under our noses.

And for those who have seen those vibrant corners of the web yet still hold deep skepticism that technology can make our lives better, l can only say that it must. It’s critical to remember that each time a new technology is created, there is no going back. It’s common for us to talk about web “pages” or digital “gardens” as metaphors that in many ways represent our desire for simpler times. But the way our tools shape us, embed themselves in us, and form core parts of our experience as we navigate the world is almost always fast-paced, unpredictable, and largely distinct from anything prior. This isn’t to say these metaphors aren’t helpful, I personally love the notion of digital gardening, but the broader point is that our failure to recognize the paradigm shifts we exist within can sometimes lead to catastrophic consequences (Facebook 10 years ago surely never set up a KPI around influencing elections).

Last year, Marc Andreessen famously (or infamously) wrote “It’s Time To Build”, in which he lamented the failure of our institutions to act decisively in the face of the pandemic, and more broadly to collectively imagine and build towards a better future. For many of us he argued, our complacency with the status quo traps us, and makes us reluctantly accept the world around us in place of meaningful action.

The beauty of the Ethereum ecosystem to me is that although we’re still a nascent community, rarely do we fall into such complacency. In web3, we continuously imagine new ways to coordinate, and build tools and social norms that allow us to play new kinds of positive-sum, multiplayer games. In fact, some of these tools disrupt even the web2 status quo Marc Andreessen might be said by some to represent.

One way to think about the space in which we play all of these coordination games is as a digital nation. This isn’t a perfect analogy, and even some of the most diehard cypherpunks would agree we won’t be without nation states any time soon, but the metaverse we’re building does share some interesting similarities: in shared culture, shared values, and now shared currency.

Historically, social contracts have played an important role in helping us form these shared national cultures and values. In an ideal social contract, as early modern philosophers like Rousseau have described, everyone forfeits some rights so that they might also impose selected duties. To do this without sacrificing freedom though there has to be a proper process for choosing what rights and duties we care about in the first place. We have to continuously make relevant proposals, achieve consensus, and in short - play the game.